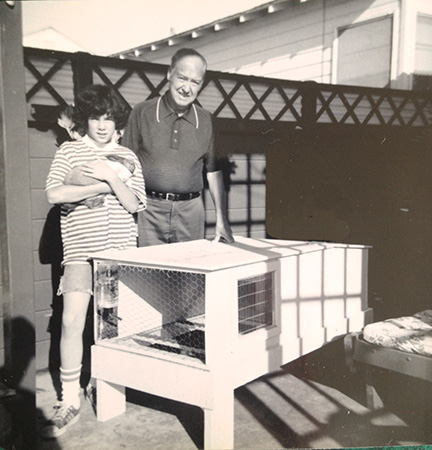 OUR START
The year was 1975, and after the relatively short life of his second pet hamster, company founder Kevin Whaley — then only 12 years old—decided with his parents that a rabbit would make a better pal. After acquiring that first Dutch rabbit, he couldn't find a suitable hutch or cage that offered enough space and protection. With the help of his grandfather; William M. Eddings, a retired master aerospace fabricator; they set out to build the ultimate hutch. At this young age, Whaley steadfastly observed his grandad's every meticulous step, his use of materials, tools, and old-school methods. Soon, Whaley's rabbit hobby expanded and he was building his second and third hutches. It wasn't long before neighbors and friends were asking to buy the well designed enclosures.

So, in 1976, his supportive parents allowed him to take over the family garage. Using money he earned from his paper-route, he purchased materials and tools and work began after school and on weekends. He purchased classified advertisements in the San Diego Union and Evening Tribune newspapers. He reinvestited his earnings into purchasing machines to increase quality and productivity. Through grade school and into high school he plugged along --building animal enclosures, dog houses and the like. He maintained a paper route and other part-time jobs. His mom, Kathryn (Eddings) Whaley would become his first employee helping to assemble cages. He gradually outgrew the garage operation and moved into his first factory, a small rented warehouse in El Cajon, California.

Little did he know his burgeoning cottage industry would eventually become his livelihood which would turn into today's global organization. He took high school and college courses that would enhance his knowledge of design and animal husbandry. He learned early CAD design, desktop publishing, and database design on his original Apple Macintosh computer purchased in 1986. He self taught welding, sheetmetal fabrication, stamping, plastic injection molding, and all phases of manufacturing technology attending trade fairs and shows.

Over the years, Whaley enthusiastically raised all manner of critters whether they could hop, crawl or fly to learn about their vast and varying needs. He has introduced countless design ideas that have been innovations in the industry.

He obsessively soaked in all forms of applicable trade knowledge as a junior industrial engineer to evolve into an industry leading inventor and amnufacturing engineer with patents and trademarks to his credit. Today, Whaley is known as an expert in animal enclosure design and has consulted on zoological enclosure design including avairies for the most endanegered of avian species. He has consulted on animal air-transportation container design standards as published by the Internatiaonal Air Transport Aassociation (IATA). He has served as a court-approved expert witness in matters involvimg exotic animal enclosure design and construction. He is a lifetime member of the American Rabbit Breeders Associationas well as the American Federation of Aviculture .

Now over four decades later, the original KW Cages has grown into KageWerks, Inc., a diversified manufacturing and distribution company with multiple divisions focused on specialized products to enhance the lives and experiences of animals and their keepers. The company has distributors across the United States and field representatives throughout the globe. The company continues to grow and was recently named to Inc. Magazine's Inc 5000 list of fastest growing private companies in the United States for two years in a row. The nation's leading zoos, theme parks, animal rehabilitation experts, veterinarians, animal care facilities and humane organizations are regular customers. Many of the original customers, their children, and grand children continue to purchase products. 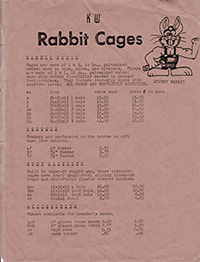 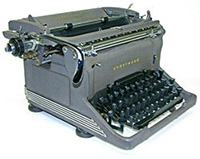 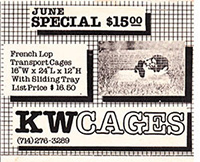 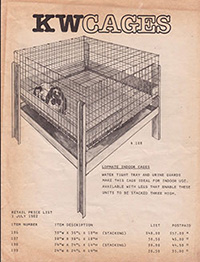 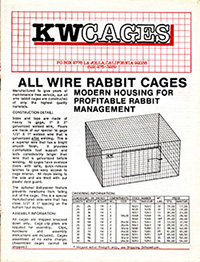 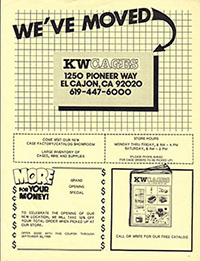 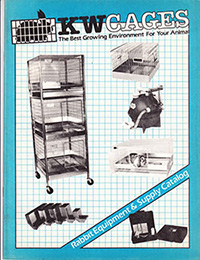 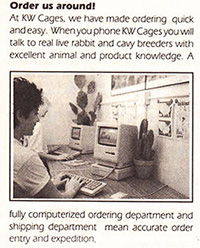 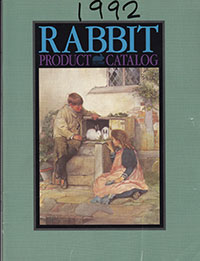 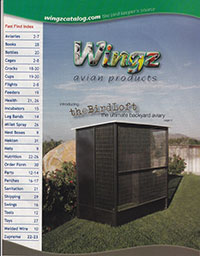